The visiting was also accompanied by Ms. Jin Meizhu, the deputy director of Management Committee of the Eco-City, Mr. Xing Zhengang, the vice president of CAEPI, Mr. Qin Baoping and Mr. Wang Zhishun, the general secretary & vice general secretary of the Tianjin Association of Environmental Protection Industry (TJAEPI), who provided a thoroughly introduction of the Eco-City, regarding to the sandbox of the urban planning, the operation & maintenance center, the stopping spots for environmental sanitation, and the animations industry park, etc.

The Sino-Singapore Eco-City in Tianjin, comprising a series of projects, is a cross-border strategic cooperation between the governments of China and Singapore, which took plenty of advanced experience from the construction of Singapore city in terms of the urban planning, environmental protection, resources saving, recycling economy, ecological construction, use of renewable energy sources, water recycling, sustainable development, and the promoting of community harmony. Being concerned by leaders of both countries, the Eco-City consists its principle of sustainability in the utility of resources, nature environment, and development pattern; be specific in the ecological economy, ecological society, ecological environment, and ecological culture; by which, the key features of the Eco-City in terms of “Priority in Ecological Environment”, “People First”, “Neo-Pattern Industries”, and “Eco-Transportation” could be emphasized and approached. The blueprint of the urban planning could be interpreted by “One Axis”, “Three Cores”, “Four Regions”, “One Islands”, “Three Water Areas”, and “Six Traffic Channels”.

After the on-field visiting, Mr. Xu Datong, the director of Management Committee of the Eco-City, hosted a official meeting for Mr. Fan. Mr. Xu expressed the warmest welcome to Mr. Fan the party from CAEPI, and gave a introduction of the current achievements of the waste management, waste-water treatment, and the heavy-metal remediation in the Eco-City. Mr. Fan praised that the Eco-City is an outstanding exemplary demonstration in the construction of modern city and the cross-border cooperation in environmental protection field, and should be duplicated and promoted to other cities in China.>/p>

Meanwhile, Mr. Su sent invitation for the 15th China International Environmental Protection Exhibition and  Conference in Beijing on Jun 13-16 2017, which provides a demonstrative platform that could significantly expand the influence of the Eco-City in the world. Mr. Xu gladly accepted the invitation, and promised a long-term relationship with CAEPI. 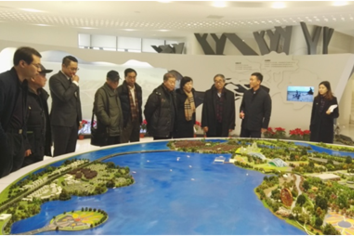 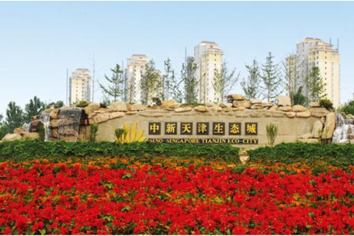